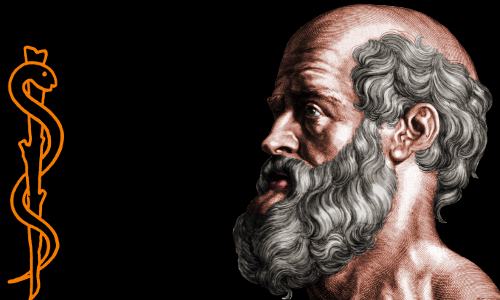 Hippocrates earned recognition as the father of modern medicine due to research produced during his life from 460 BC until 370 BC.

One of the most profound findings and statements that Hippocrates made during his lifetime related to the spine.

“Get knowledge of the spine, for it is the requisite for many diseases.” – Hippocrates

Hippocrates demonstrated advanced thinking that proved far ahead of his time. His instruction and approach to health care represented an understanding that neglecting spinal health meant neglecting most other aspects of health.

Massive amounts of research and scientific evidence conducted over the past 2000 years validate Hippocrates’ thoughts and findings.

The spine maintains an intimate connection with the health and performance of the entire body through the central nervous system.

Chiropractic focuses on the spine and its inter-relationship with function of the body.

Research conducted in 2015, nearly 2400 years after Hippocrates’ death, found evidence stressing the connection betweenthe nerves in and around the upper neck vertebrae and the overall health of the body.

These nerves directly affected the health of the brain, heart, digestive system, and immunity defense of the body.

Overwhelming modern-day research continually reinforces the findings of the father of modern medicine.

The health of the spine matters.

Chiropractic & Osteopathic College of Australasia 2014 “Interleukin 2-regulated in vitro antibody production following a single manipulative treatment in normal subjects.” J Teodorczyk-Injeyan, M McGregor, R Ruegg, H Injeyan
Hippocratic Oath 460-357 BC “Get knowledge of the spine, for it is the requisite for many diseases.” Hippocrates