I’m sure you’ve heard the story about the middle-aged man who dies of a heart attack while jogging the day after receiving a clean bill of health from his medical doctor?

Or the 30-something year old diagnosed with stage-4 cancer without having any signs or symptoms of ill health.

While stories like these happen every day, most of society still believes bad health involves pain or symptoms. 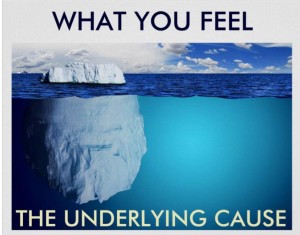 Science and research have clarified exactly why the absence of symptoms are not very good indicators of health.

This means that only 50 out of several trillion bits of information are felt or even known by a person every second.

So much is happening in the body on a second by second basis throughout life that is never felt or known.

This science is profound and describes why most dysfunction and disease goes unfelt and undetected until late stages.

Determining health on the presence or absence of symptoms is very dangerous, and this paper explains why.

Unfortunately, over 80% of medical and pharmaceutical solutions still only focus primarily on alleviating symptoms. On the contrary, Chiropractors focus on improving function from the INSIDE-OUT by honouring and working with the INNATE intelligence of the body.

Perpetuating the idea that the presence or absence of symptoms is a good indicator of health will continue to lead to the demise of millions.

Chiropractors recognise that health is about optimal function, NOT just pain or symptoms.

Function of the body is controlled and coordinated by the Central Nervous System. Chiropractic adjustments play a significant role because the spine has been proven to directly influence the function of the nervous system, most times without causing pain.

Our philosophy at Optimal Chiropractic is to help kids and families, with or without symptoms, reach their health potential.

Poor Posture Increases Risk of Death by 44%
Aches and pains as you age – I don’t buy it!