What do you want from life? – No, I meant Lidl 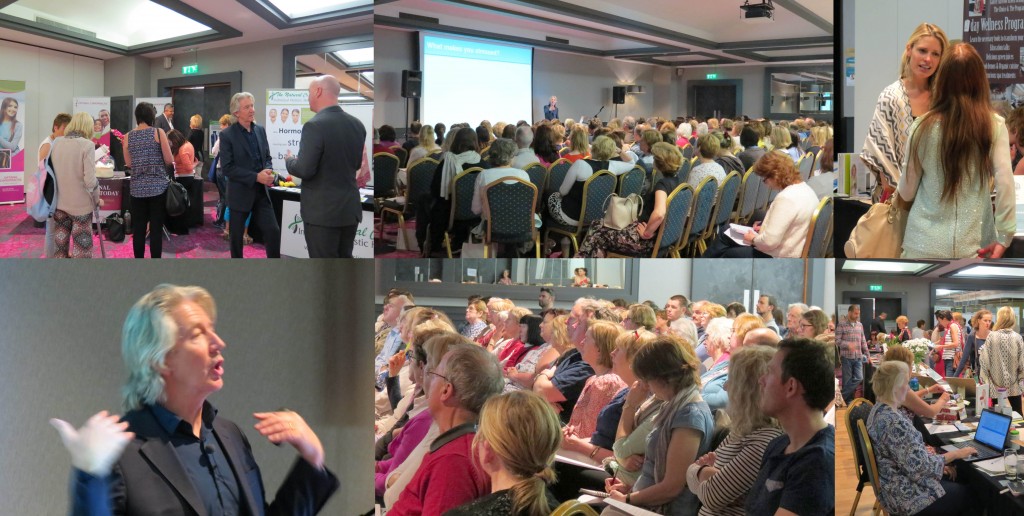 “I went to the stress seminar hoping to pick up some tips on how to possibly remove my shoulders from my neck every now and again as they seem to be fused up there permanently. I got much more!”

So I was asked to do this guest blog all about the Stress and Fatigue Seminar that happened at the weekend in Oriel House Hotel in Ballincollig.

First off let me say I am not a health nut, I am stressed to the hilt, I’m a self confessed control freak and have permanent money worries.  I think that qualifies me to have an opinion on the event. 🙂

I went to the stress seminar hoping to pick up some tips on how to possibly remove my shoulders from my neck every now and again as they seem to be fused up there permanently.  I got much more!

I knew eating healthily is good for you but Leonard Murphy, the nutritional therapist explained how it all works and for the first time I got what the big deal was.

He broke it down into how the small intestine works and how all of your food gets absobed and how vital hormones are controlled from there.  Even down to Serotonin which is a hormone that helps with well being and mood.  Most of what we eat has a direct impact on the levels of hormones in our bodies which dictate our emotions, reactions and in my case the odd melt down.

So I can control or prevent how I react to stress just from altering what I eat. Hmm now this makes sense and is logical and dare I say it doable.

Now there was a lot more detail discussed on the day but this is the part that sort of blew my mind.  The cells in the small intestine regenerate every few days so by changing what you eat you can have a very real effect on your emotions and stress levels.

The body has a natural healing mode and to get it into that mode we just need to feed it the right things.  Maybe this is worth trying?

Next up was Debbie Shaw who is a Chef and Nutritionist and she gave us some great easy, quick and flavour packed recipes to try.  Debbie explained that eating raw foods gives us the greatest nutritional punch and the best time to eat raw is during the Summer.

Dr. Ben Martin followed Debbie and I have been going to Ben for help with my back pain for more that 12 years and thought I knew it all but he proved me wrong once again.  He talked about the Fight or Flight response which is what happens when we come across a stressful situation.  When this happens our blood sugar becomes elevated as well as our blood pressure and even our cholesterol goes up to deal with the perceived threat.

Now we need this response to survive but what we don’t need is to have that response switched on 24/7 and that is how a lot of us are living our lives these days.  Chiropractic can remove blockages which helps our nervous system to deal better with stress and can help us come down from Flight or Fight quicker.

Ben also explained that Chiropractic is for much more than back or neck pain and I can attest to that as my whole family have had relief from various ailments from kidney infections, asthma and inner ear problems as well ast the usual aches and pains.

Yay it was time for lunch and we had a great chat over lunch about what we had learned, how we thought it could make a difference and how the hell were we going to implement it into our own lives.  Luckily the next speaker, Patrick Holford was on hand to take us to the next step.

Patrick built on what we had heard already.  He talked about diet and its importance and gave us more scientific data to back it all up.  He again linked diet with hormones and he suggested some supplements which may help along the way.  He said that 21st century living was intrinsically stressful and that even being bored was stress inducing.

Now we would all love to walk around in a state of complete peace and tranquility all of the time but as Patrick pointed out,we wouldn’t get a hell of a lot done.  So the best way to approach stressful situations was to practice becoming calm with breathing exercises and a little bit of positive visualisation in advance.  Practice and practice so you could get good at it so that in advance of a meeting you know will be difficult you can go in with a completely different outlook and attitude than you would normally.

He explained the vicious cycle of using stimulants and I’m not talking crack cocaine here!  Stimulants would be tea, coffee, alcohol, cigarettes, and sugar.  He explained while coffee can help you to wake up and become alert int the morning it makes you no more alert than anyone else and then the following morning you need the coffee to achieve that basic alertness and hence the cycle continues.  Now he went into loads more detail here and while I understood, I don’t think I would be qualified to explain it.  The guy apparently has some books that might be worth a look at. 🙂

You are probably wondering at this stage what the title refers to and it is from an anecdote which Patrick told where a daughter received a text from her mother asking “What do you want from Life?”  The daughter thought this was unusual but started to do all sorts of inner examinations and soul searching when the next text came through from her Mum explaining she meant Lidl.“What do you want from Lidl?” 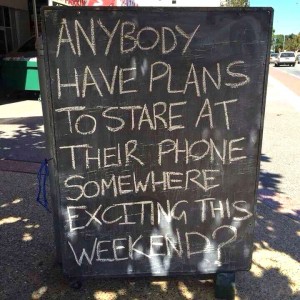 1.  Eat better and regulate my blood sugar levels so I am forearmed against stress

3.  Practice breathing techniques or meditation when I can so that I have a way of coping when the stress gets too much

4.  Be aware of things like chemicals and hormones which influence how I react and get some perspective on reacting to situations.

by Margaret
(Attendee of the Say ‘NO’ to Stress and Fatigue Seminar in Ballincollig, June 13th 2015)

I love him, my old man
Sciatica, a huge pain in the ass